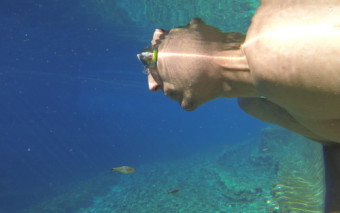 I’ve recently returned to Austin after a month in New Mexico, trying to beat the August heat.

As I was planning my road trip across West Texas, there were plenty of places that caught my eye— the sand dunes at Monahans State Park and Presidio’s Chinati Hot Springs among them. But then I remembered that it would still be pushing 100 degrees, which meant the only reasonable place to be would be Balmorhea State Park. 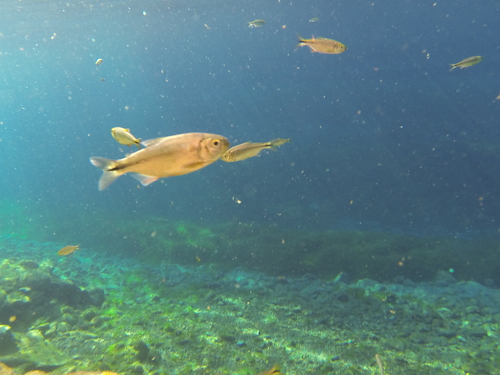 I’ve written about Balmorhea’s San Solomon Springs before—the story of how this desert wetland was transformed into a 1.75 acre swimming pool is here. That post also explores the negotiation between Texas Parks & Wildlife and irrigated farmers in Balmorhea, which led to the diversion of irrigation water to sustain an expanded wetland habitat for two endangered fish species that live in San Solomon Springs: the Pecos gambusia and the Comanche Springs pupfish. (We found crawfish there too on this visit, big enough that you could throw some Cajun seasoning on and sell them at a boil.)

Balmorhea is now the only place in the world home to the Comanche Springs pupfish, which once inhabited a desert wetland in Fort Stockton. If you visit Comanche Springs today, all you’ll find is a municipal swimming pool and a big hole in the ground where the springs used to flow, thanks to some very big irrigation pumps just upstream of the springs. When the farms aren’t irrigating, some springflow is restored at Comanche Springs (some great photos of that here).

I’m still hopeful that my generation may see Comanche Springs restored. That may be a pipe dream, but think about this: the farmer whose irrigation pumps have dried Comanche Springs is now several years deep into a campaign to sell his water to Midland/Odessa, a deal that has most of his fellow Fort Stocktonians in fits. Under Texas law they might have a hard time stopping the deal, but what if it could be permitted, contingent on enough flow being released to Comanche Springs to let them flow again in perpetuity?

It’s a long shot, but so’s the idea of wetlands in the desert. And as you can see from the videos, sometimes the improbable happens.